One of the means of arriving at an understanding of the status of medicine during the American pioneer period is through the study of physicians’ private libraries.  Although not all physicians possessed libraries, of those who did, many were either left to institutions, sold at auction, or otherwise dispersed.  Fortunately library records of some individuals are available, and occasionally, one is fortunate in coming across the original books.  The Mayo Clinic Libraries History of Medicine collection houses most of the medical libraries of both William Worrall Mayo, M.D. and Charles Nathaniel Hewitt, M.D., two esteemed physicians who practiced medicine in the northwest during this pioneer era.  Their collections are reputed to have formed the nucleus of Mayo Clinic Library in the 1940’s.

Out of the vast number of books published in the 18th and 19th centuries, selection becomes an important consideration.  From the books chosen by these two physicians several things are revealed: the colleagues or contemporaries who inspired them, subjects of special interest, ideas derived from the European physicians, and in general, something about the status of medicine in America during this period.

Archival records from the Mayo Historical Suite show that Doctor Mayo was a member of the Minnesota State Board of Health from 1884 until 1887.  Doctor Hewitt was instrumental in ensuring Minnesota had its own state board of health, and acted as executive secretary from its inception in 1872 until 1897; therefore, it is highly likely these two men’s paths crossed.  Also, Doctor Mayo was a larger than life, gregarious man who knew many physicians and surgeons in the area during his years of practice in Rochester.  Doctor Hewitt lived and practiced in Red Wing, Minnesota, located approximately 45 miles from Rochester. 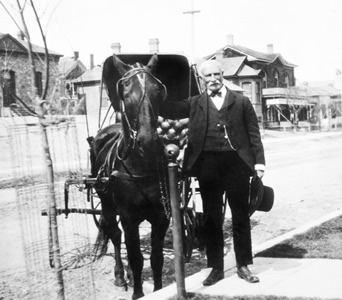 Both men had distinguished careers in medicine and public health and from their libraries we can reflect on their keen insight and curiosity into the knowledge of medical advances at that time in history.

Born in the English village of Salford, near Manchester, W. W. Mayo studied medicine in the hospitals of London and Glasgow, but did not stay long enough in either city to receive a license to practice.  He was restless and eager to see the world and impulsively left England for America in 1845.

He worked as a chemist in Bellevue Hospital, New York, moved to Buffalo, then wandered westward along the shores of Lake Erie.  In 1848, he briefly worked as a tailor in Lafayette, Indiana.  Medicine beckoned, and he enrolled at the Indiana Medical College.  At that time, three years of study with a preceptor and two sessions of lectures at a medical school earned a student his degree of doctor of medicine. Because of his previous studies in England, W. W. Mayo was awarded his degree in 1850. 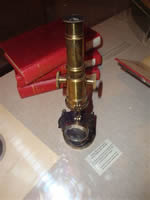 He married Louise Abigail Wright in 1851 and moved his growing family of three daughters to Le Sueur, Minnesota in 1859.  In 1863, he was named examining surgeon of the enrollment board for the first Minnesota district, which comprised the southern half of the state.  He settled in Rochester in 1864, opening a small office on Third Street and partnering with Dr. W. A. Hyde.  This partnership did not last long and between 1868 and 1874 his offices were located in his home.  The Rochester Post announced another partnership with Dr. E. W. Cross in 1876 and, again, this did not last.  Perhaps his adherence to strict regularity in office hours and rounds made him a hard task-master.  It is said his patients always knew when and where to find him. 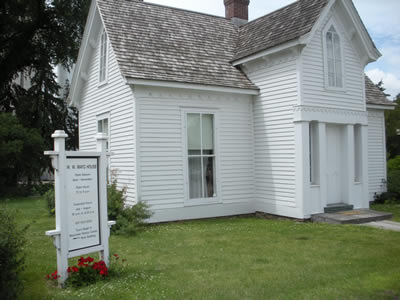 Charles Nathaniel Hewitt was born in Vergennes, Vermont and received his medical education at Albany Medical College in New York. He graduated in 1857, receiving degrees in both Master of Arts and Doctor of Medicine. After graduation, Doctor Hewitt practiced in Geneva, New York and remained there until 1861. At the outbreak of the Civil War, he entered the US Army with the rank of assistant surgeon. He served for a year with the Fiftieth New York Volunteer Engineers and was surgeon in chief of a brigade for two years, receiving the rank of lieutenant colonel for his outstanding service. He was described as the “best regimental surgeon in the Army of the Potomac” by Dr. Jonathan Letterman, who was General Joseph Hooker’s medical director. Below is a picture of Doctor Hewitt and his beloved horse Fanny. At the end of the Civil War, Fanny was shipped by rail to Red Wing, Minnesota where Doctor Hewitt lived and began practicing medicine. She enjoyed a leisurely retirement in a pasture next to the Hewitt household. 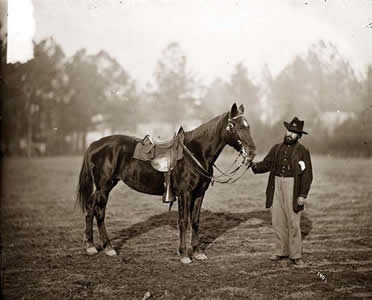 In 1869, Massachusetts became the first state to create a board of health, followed in 1871 by California. Having seen firsthand during the Civil War evidence of the importance of preventive medicine and sanitation in the welfare of a community, Doctor Hewitt decided that Minnesota should also have a state board of health. He began work on a bill patterned after the Massachusetts law and in 1872 the bill was passed with little opposition. Doctor Hewitt was executive secretary of the board from its beginning until 1897 and under his able guidance town boards of health were established creating a means for firsthand observation of communicable diseases. A campaign directed at educating people on the value of public health and sanitation was begun with Doctor Hewitt making many addresses before schools, teachers’ institutes, colleges, seminaries and church conferences. In 1879, Doctor Hewitt inaugurated a system of interstate notification which later expanded into an international system of notification and quarantine. In 1885, he began the monthly publication of a periodical titled "Public Health in Minnesota" which continued until 1895, reaching a circulation of 3,700 copies by 1890.

Doctor Hewitt went to Europe in 1889 to study bacteriology and spent part of his time at the Pasteur Institute in Paris. He took back to Red Wing a Koch sterilizer and other equipment. In 1890, he established the first laboratory west of the Allegheny Mountains in a small saltbox building on 216 Dakota Street. In this laboratory, Hewitt produced the vaccine for the prevention of smallpox. One woman recalled how Doctor Hewitt used to pay the little children ten cents each for being vaccinated. The proceeds from the sale of vaccine outside the state almost made the laboratory self-supporting. In 1893, he transferred his laboratory to the campus of the University of Minnesota.

Doctor Hewitt was president of the American Public Health Association in 1888, and his reputation gained international prominence with his election to the Society of Health Officers in England and to the Société d’Hygiène of France. He died at the home of his daughter in Summit, New Jersey in 1920.

Special thanks to the Mayo Historical Suite for loaning the Nachet microscope for this exhibit.

PDF version of the Pamphlet