W. Bruce Fye Center For the History of Medicine: Ireland

Steam liners often stopped in Ireland on their way in or out of Northern European ports.  Dr. Will and Dr. Charlie spent many days during their trips to Europe visiting Irish clinics and hospitals, and addressing Irish university faculty and students. 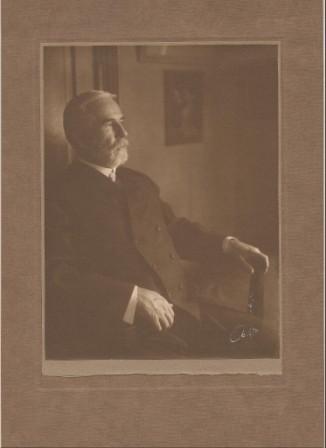 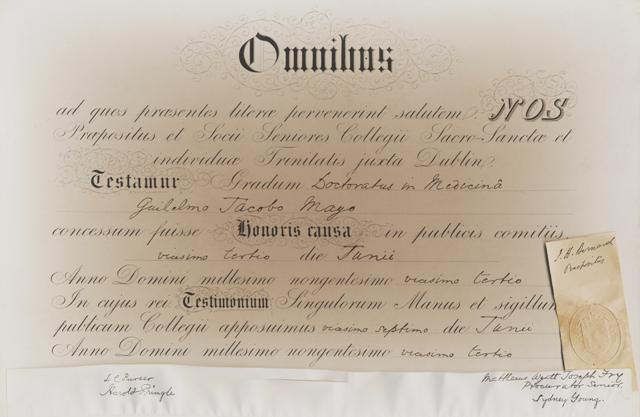 Honorary Doctor of Medicine degree awarded to Dr. Will. 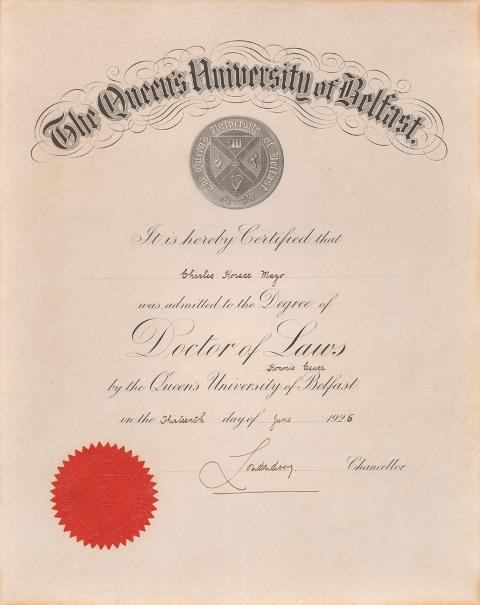 The Queen’s University of Belfast 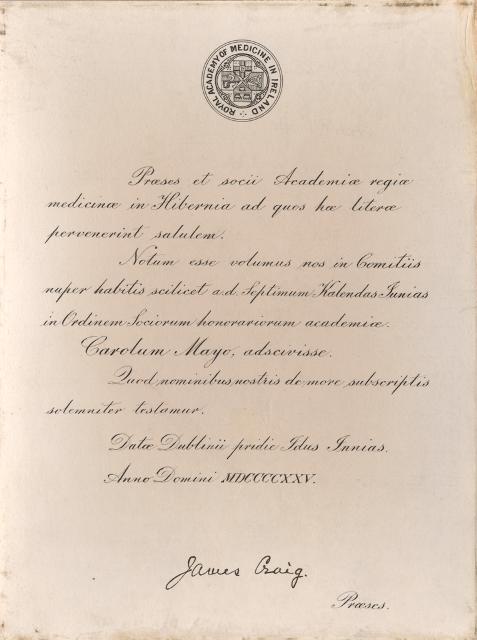 [The Royal Academy of Medicine, Ireland]

The academy was formed in 1882.  Modeled on the Royal Colleges in Ireland, it offered continuing education for men interested in the science and practice of medicine.  While both medical scientists and physicians are members, the academy is generally physician-led.  This certificate was presented to Dr. Charlie to mark his honorary membership in the academy. 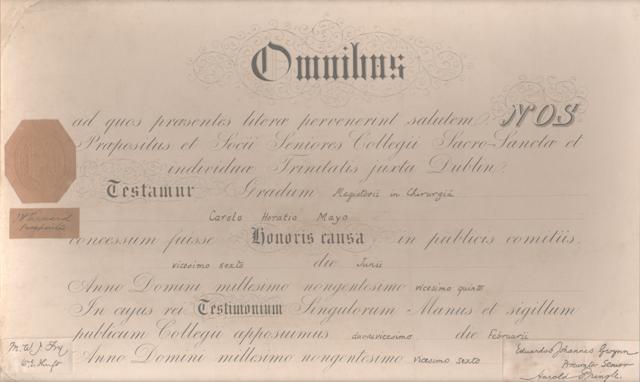 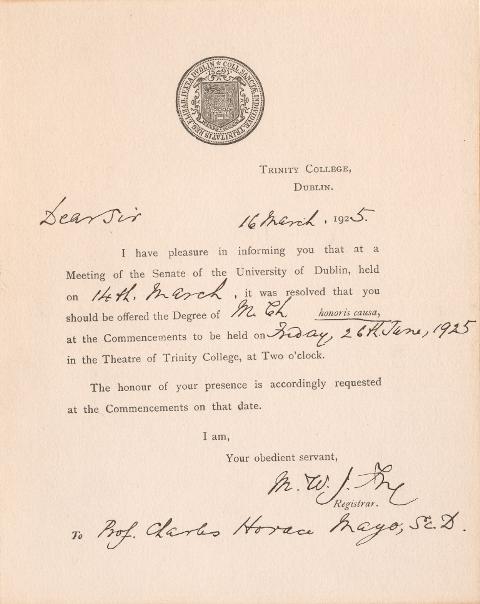 Diploma and letter notifying Dr. Charlie that the college had awarded him an honorary Master of Surgery degree.