W. Bruce Fye Center For the History of Medicine: Italy

Dr. Will is known to have toured Italy at least once (in 1910) to review clinics, and probably made other stops as his later travel in Europe allowed.  Dr. Charlie also visited Italy as part of the European tour of the Interstate Post Graduate Assembly in 1925. 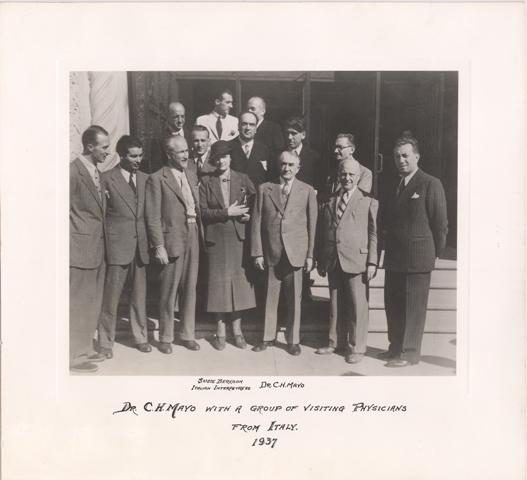 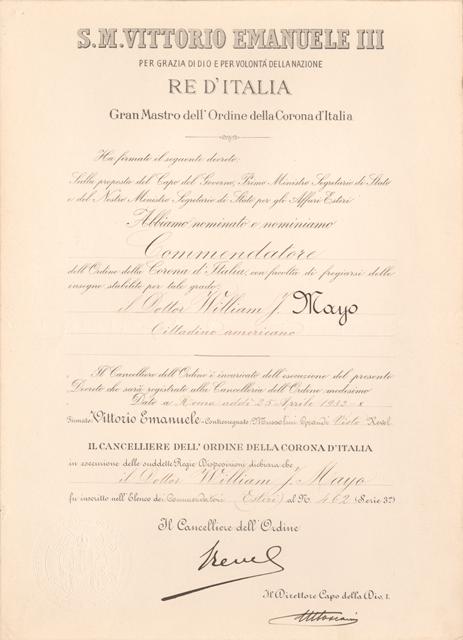 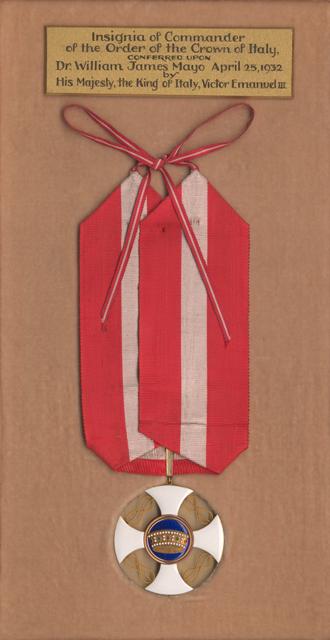 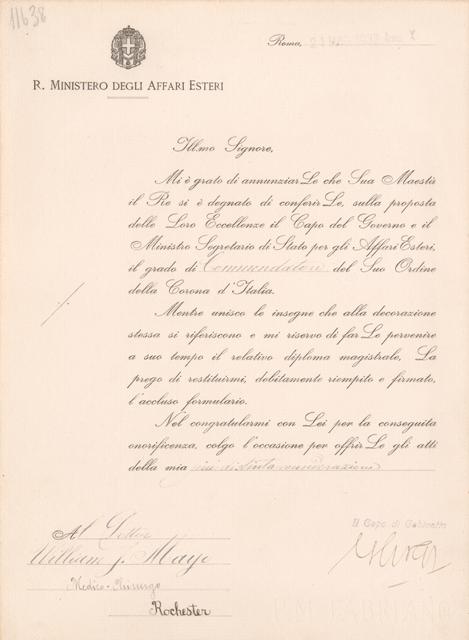 The order was formed in 1868 to commemorate the unification of Italy.  It was suppressed upon the formation of the Republic of Italy in 1946.  The award was given for meritorious service or achievement. 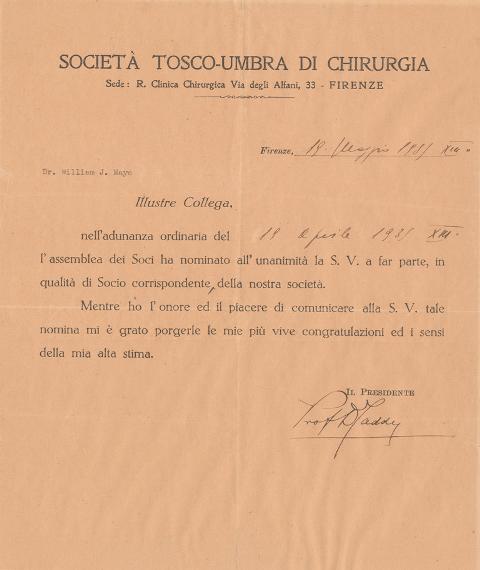 The society was founded in 1934 for the study and advancement of surgery in Tuscany and Umbria, Italy.  This letter is a notification of election as a corresponding member in the society. 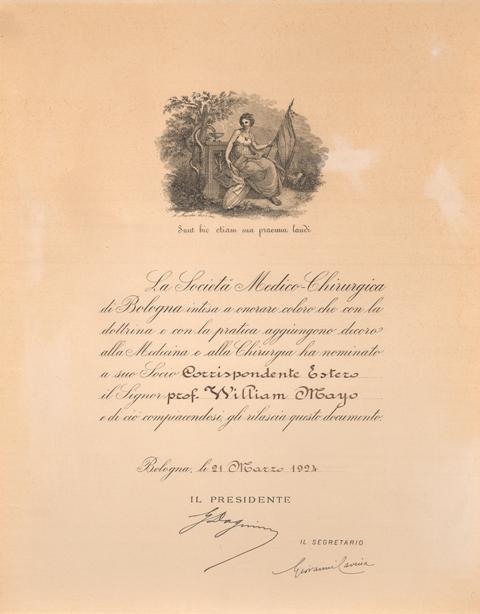 [The Society of Medicine and Surgery of Bologna, Italy]

Founded in 1802, the society supports the study and progress of surgery, medicine and other related scientific fields.  This certificate was presented to Dr. Will as a corresponding member. 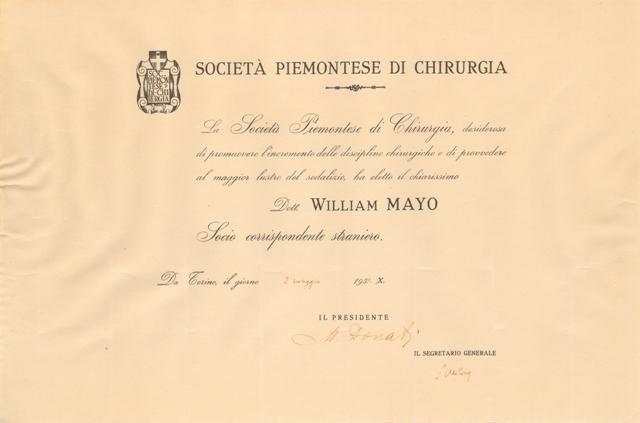 Established by Dr. Mario Donati in 1931, the society elected Dr. Will to corresponding membership during its founding year. 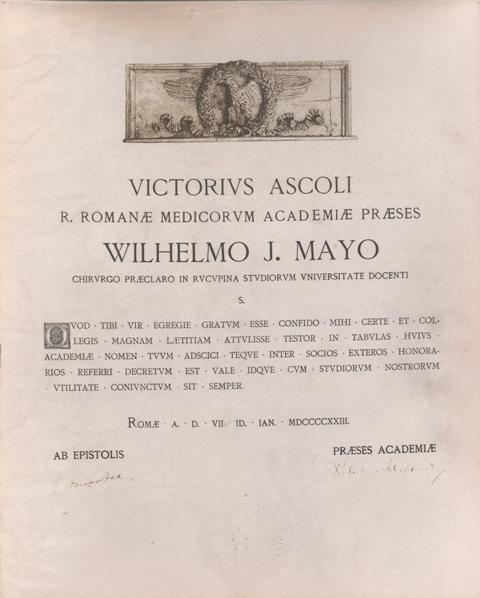 Certificate presented to Dr. Will as an Honorary Foreign Member of the academy. 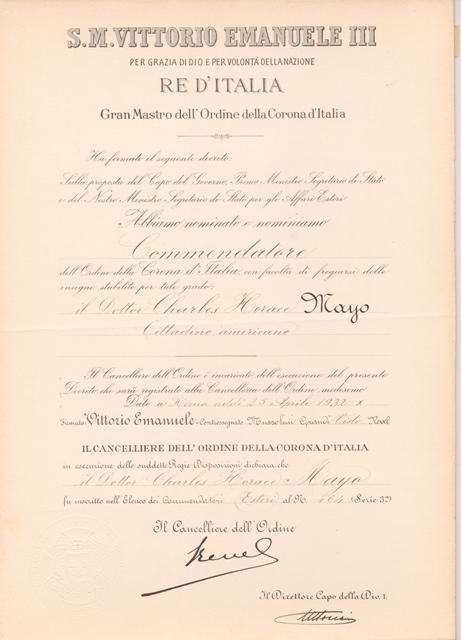 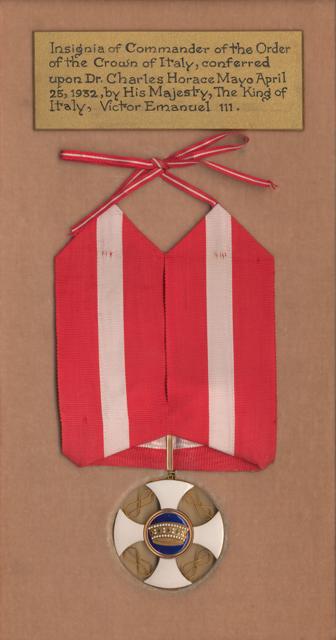 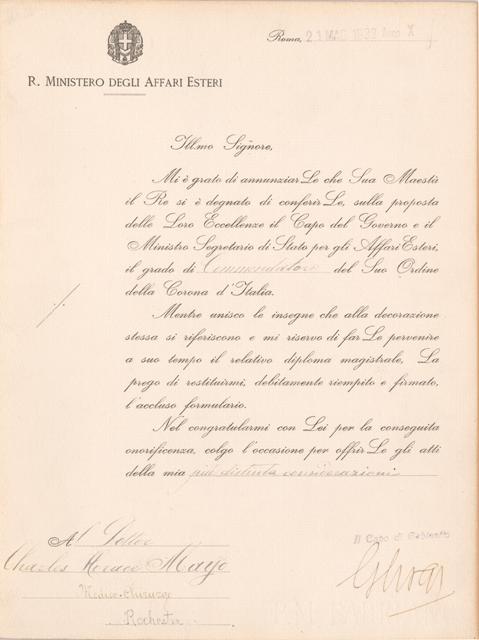 The order was formed in 1868 to commemorate the unification of Italy.  It was suppressed upon the forming of the Republic of Italy in 1946.  The award was given for meritorious service or achievement. 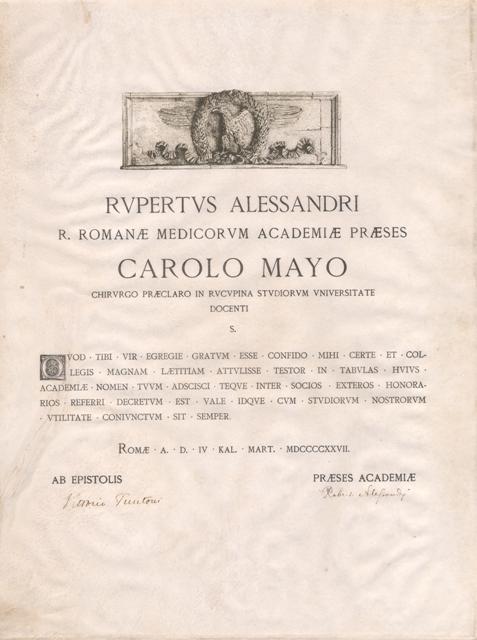 Certificate presented to Dr. Charlie for honorary membership in the society.