W. Bruce Fye Center For the History of Medicine: Spain

Dr. Charlie went to Spain during his 1925 Interstate Post Graduate Assembly tour.  It is possible that Dr. Will also visited Spain during one of his European visits. 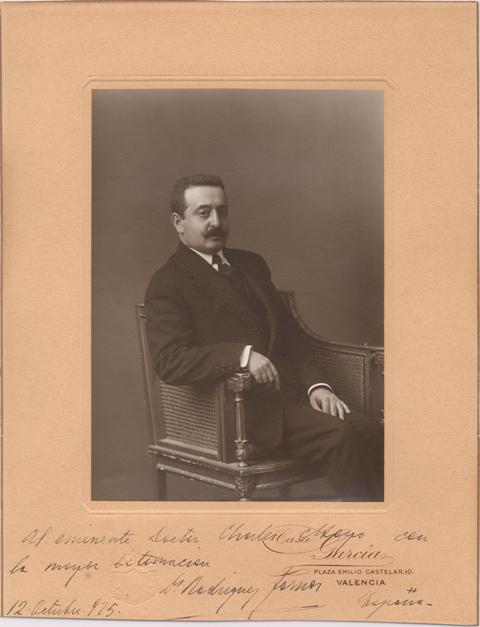 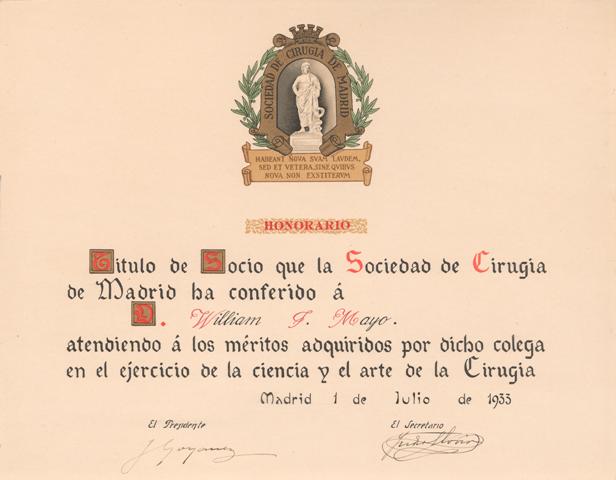 [Society of Surgery of Madrid, Spain]

Honorary membership presented to Dr. Will for his establishment of the Mayo Clinic and achievement in the art of surgery. 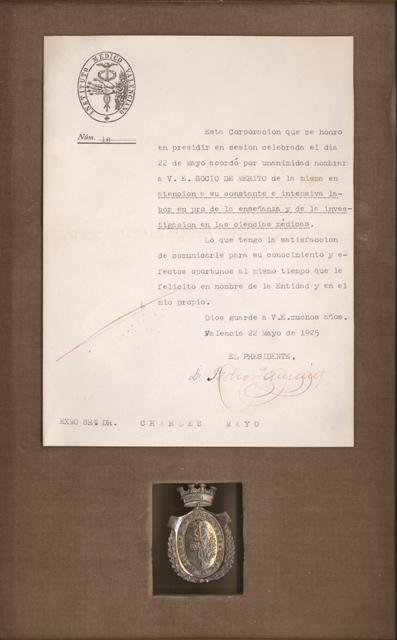 This insignia and letter were awarded to Dr. Charlie for his work in the practice and research in the medical sciences. 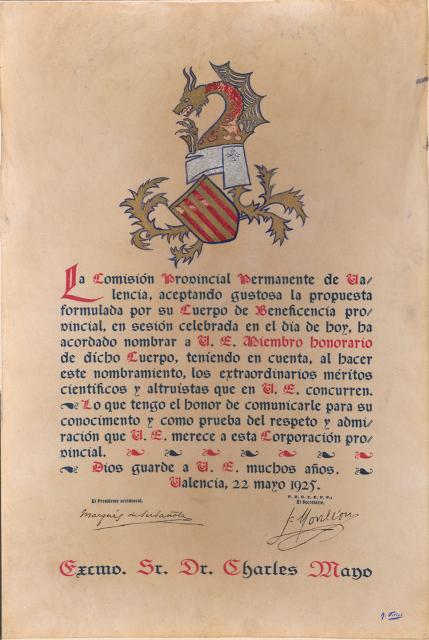 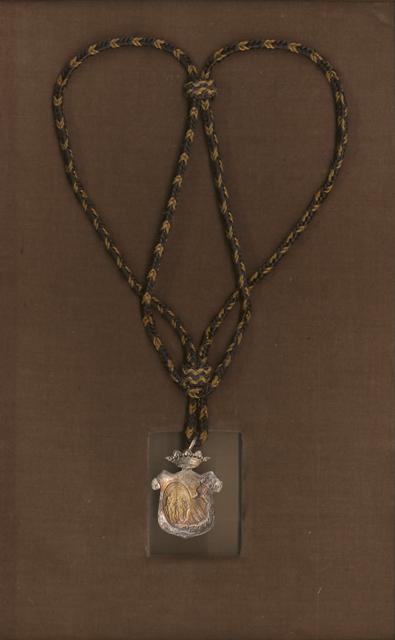 [Standing Committee of the Faculty of the Hospital of Valencia, Spain]

Certificate and insignia were awarded to Dr. Charlie upon his acceptance to honorary membership of the hospital faculty. 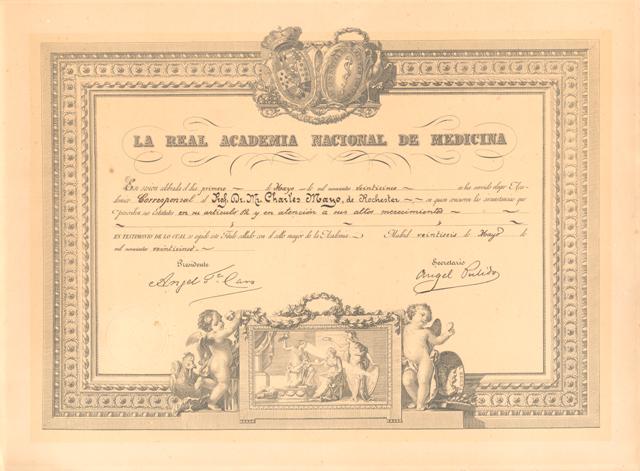 The academy was formed in 1734 during the enlightenment period in Europe.  It is now part of the Spanish Royal Academy of Sciences.  Dr. Charlie received membership in recognition of his work and high merits in the field of medicine. 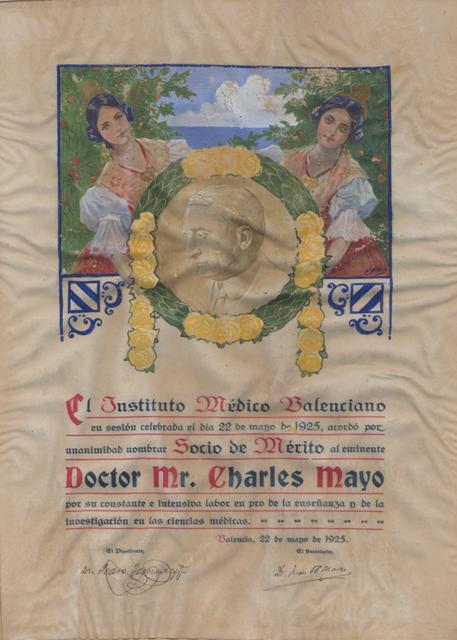 The institute was formed in 1841 to promote scientific activity, medical knowledge and professionalism among its members.  This honorary membership certificate was awarded to Dr. Charlie for his “continuing and influential work in the research and science of medicine.”