W. Bruce Fye Center For the History of Medicine: Mexico

Dr. W.W. Mayo made a trip to Mexico sometime in the early 1900s. Both his sons, Dr. Will and Dr. Charlie, traveled to Mexico on a number of occasions to visit clinics and hospitals and set up training programs for Latin physicians and surgeons. 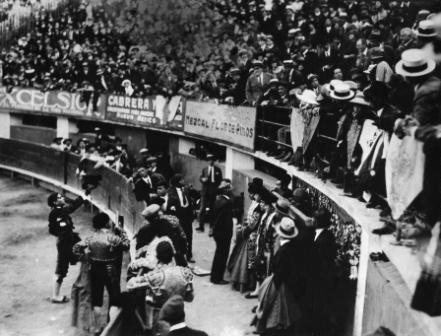 Dr. Will attending a bull fight in Mexico.  Dr. Will is in the upper right corner (standing without a hat on) 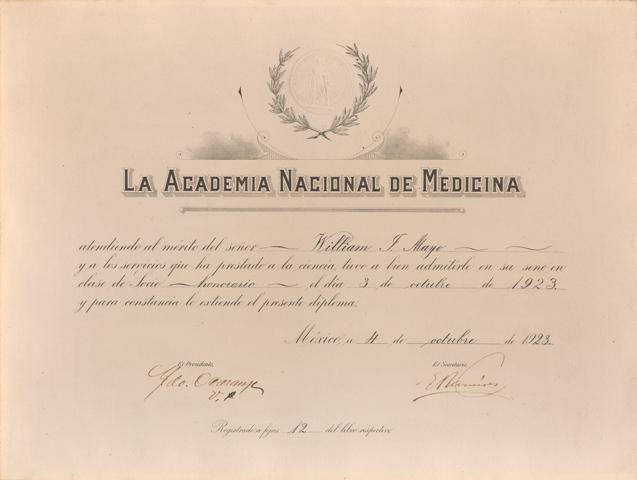 The National Academy of Medicine was established in 1864 to support medical practitioners in Mexico. 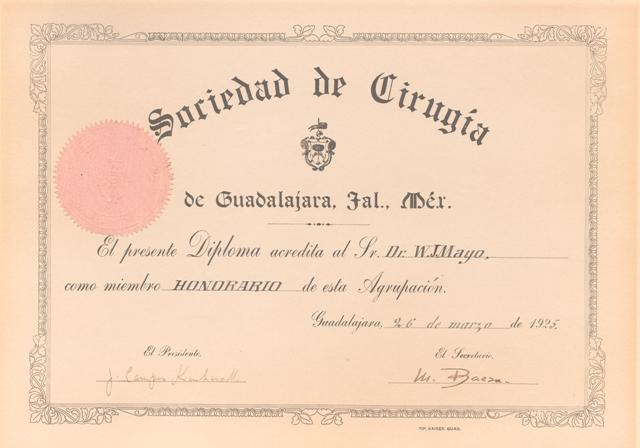 [Society of Surgery of Guadalajara, Mexico]

Certificate of Honorary Membership in the society awarded to Dr. Will. 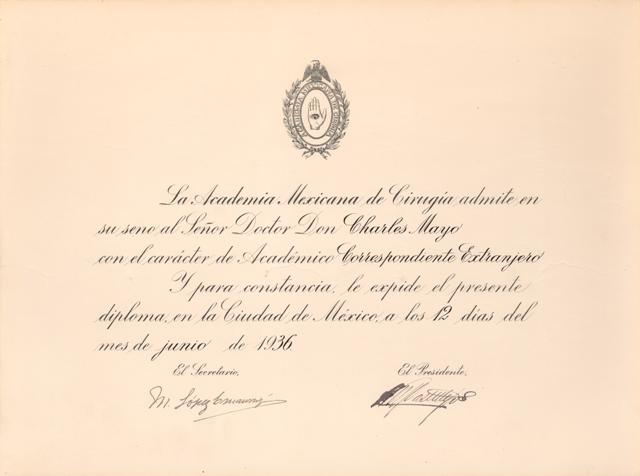 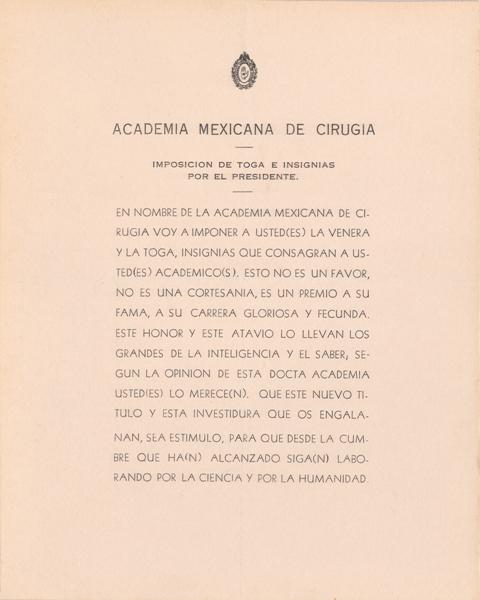 The Mexican Academy of Surgery was founded in 1933.  This insignia and certificate was awarded to Dr. Charlie upon his election as a Corresponding Foreign Member of the academy. 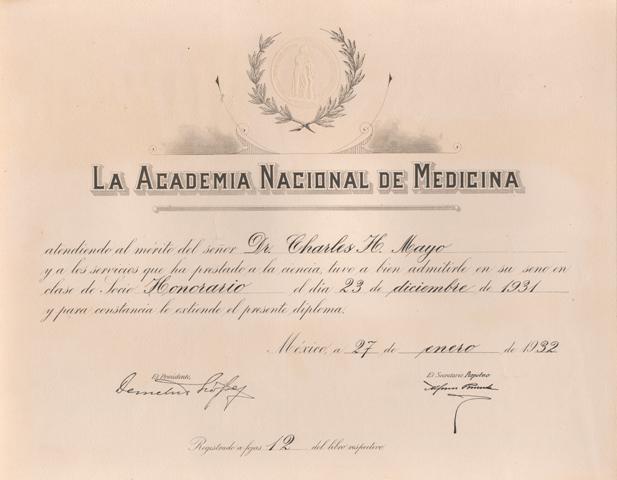 The National Academy of Medicine was established in 1864 to support medical practitioners in Mexico.  Certificate of Honorary Membership in the academy awarded to Dr. Charlie.