Skip to main content
It looks like you're using Internet Explorer 11 or older. This website works best with modern browsers such as the latest versions of Chrome, Firefox, Safari, and Edge. If you continue with this browser, you may see unexpected results.

W. Bruce Fye Center For the History of Medicine: Scotland

Both Dr. Will and Dr. Charlie made trips to Scotland when they were in Britain attending clinics and visiting hospitals. 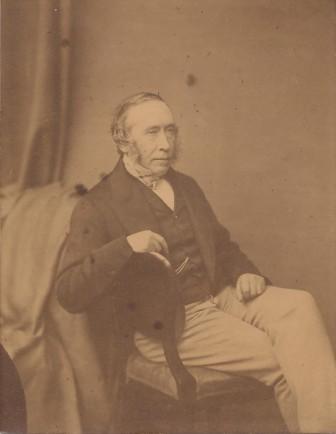 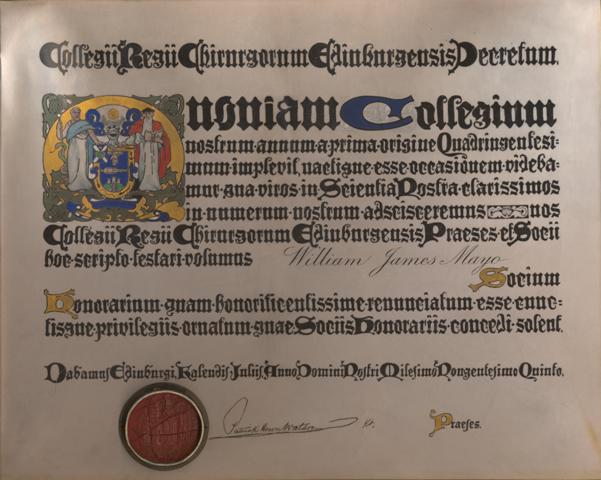 From its formal foundation in 1505, the Royal College of Surgeons of Edinburgh dedicated itself to promoting the highest standards in surgical education, training and clinical practice.  This certificate was presented to Dr. Will when he became a fellow of the College. 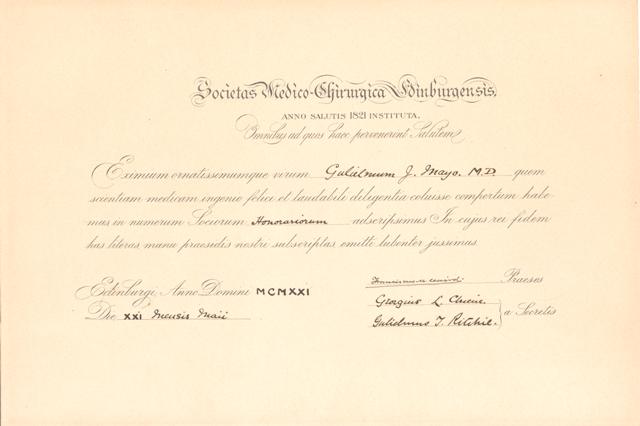 Certificate of honorary membership in the society granted to Dr. Will for “distinguished attainments in Medicine or the allied sciences.” 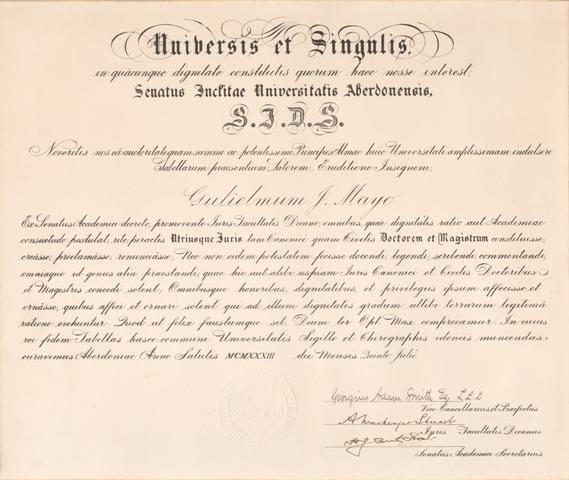 Certificate received upon conferment of the Honorary Doctor of Laws degree. 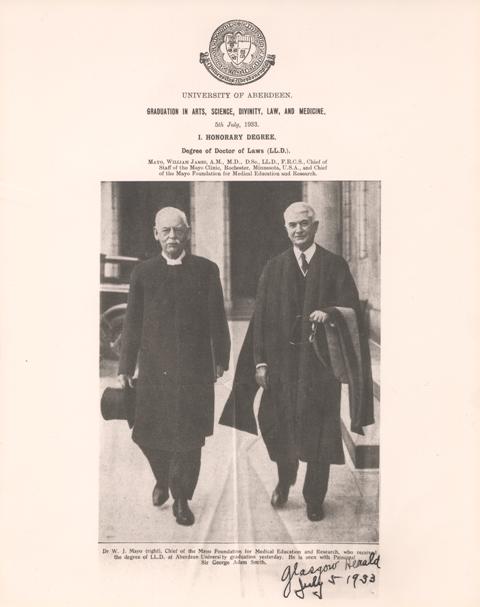 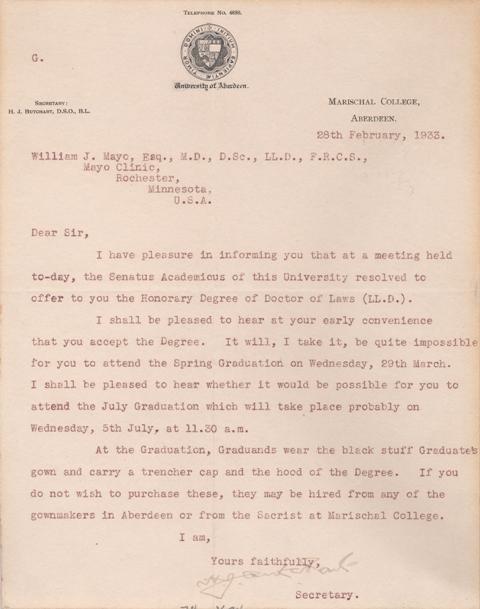 Letter from H. J. Butchart informing Dr. Will that he had been offered an Honorary Doctor of Laws degree.

The clipping shows Dr. Will with Sir George Adam Smith, principal and vice-chancellor of the university. 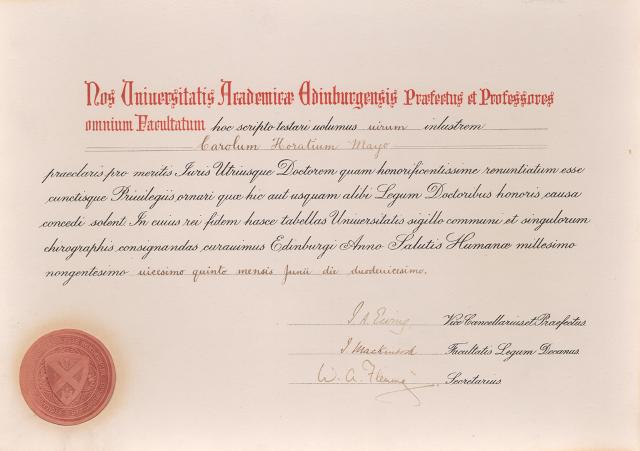