W. Bruce Fye Center For the History of Medicine: France

Dr. Charlie organized the first European session of the Interstate Post Graduate Assembly. The assembly traveled through Europe in 1925.   Dr. Will traveled to Europe in 1900 with Dr. Albert J. Oschner to attend clinics in Paris and in Germany.  Dr. Will made other visits to the continent which also included stops in France. 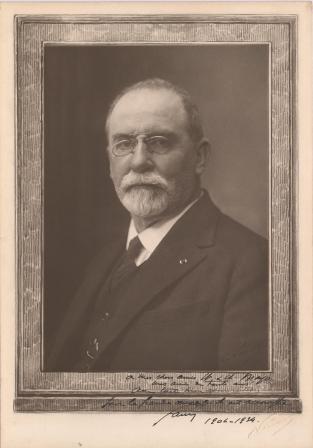 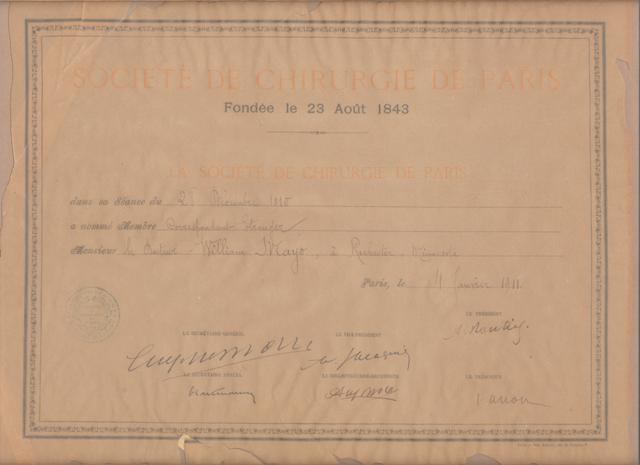 [Society of Surgery of Paris, France]

This society was formed in 1843 as a place for French-speaking surgeons to meet and expand their knowledge of fundamental discoveries and advances in surgery.  Dr. Will received this certificate with his membership in the society. 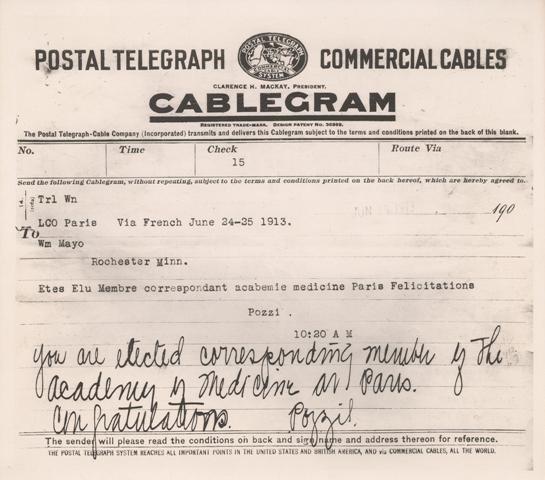 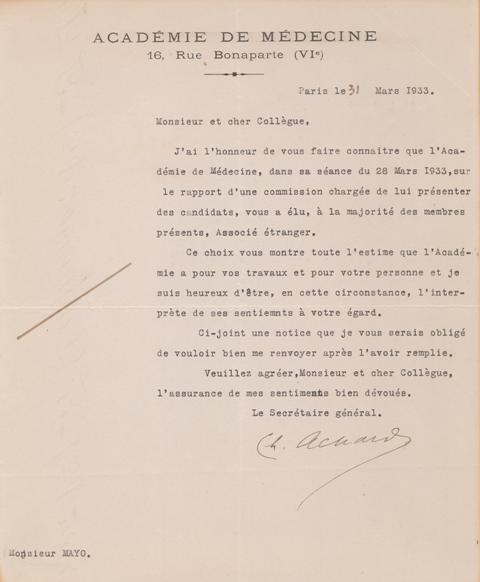 Corresponding Member of the academy.

Letter announcing Dr. Will’s election as an Associate Foreign Member of the academy. 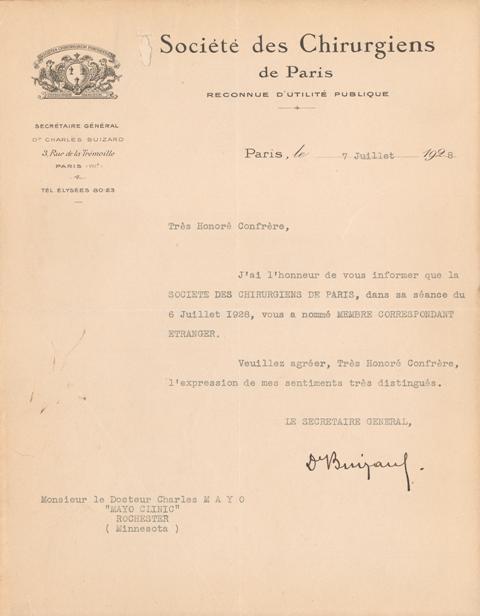 Letter informing Dr. Charlie of his membership as a Foreign Corresponding member of the society. 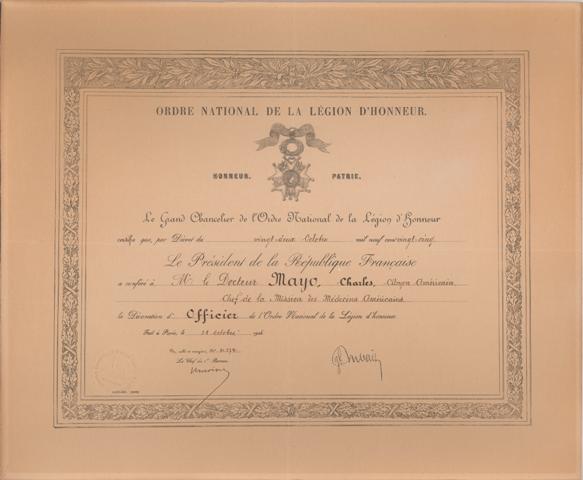 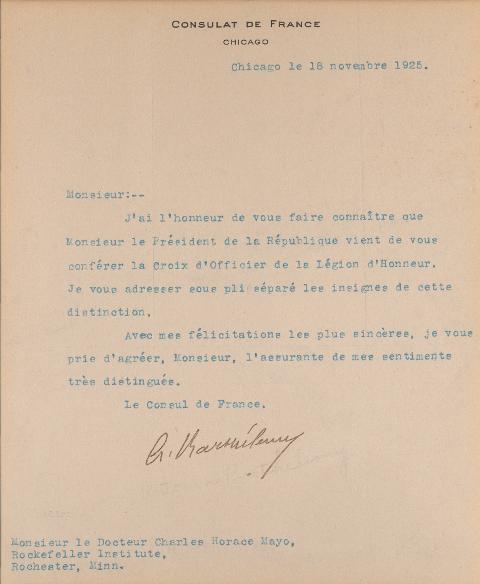 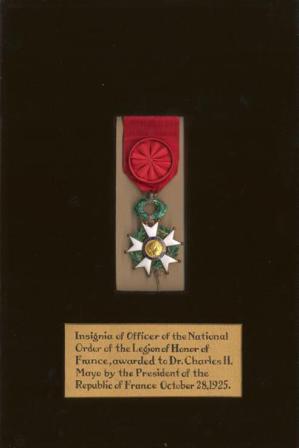 [Officer of the National Order of the Legion of Honor, France]

Dr. Charlie was inducted into the order for his excellent civil and military conduct. 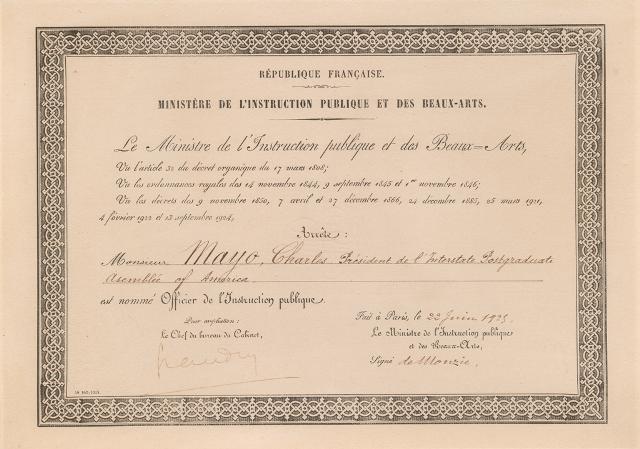 Dr. Charlie was named to this office during his tenure as president of the Interstate Postgraduate Association of North America. 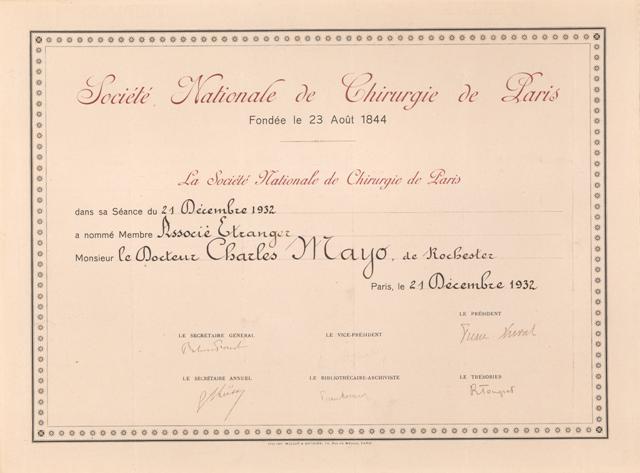 This society later became part of the National Academy of Medicine.  Dr. Charlie was elected as a corresponding member.