W. Bruce Fye Center For the History of Medicine: The Grahams: A Medical Family 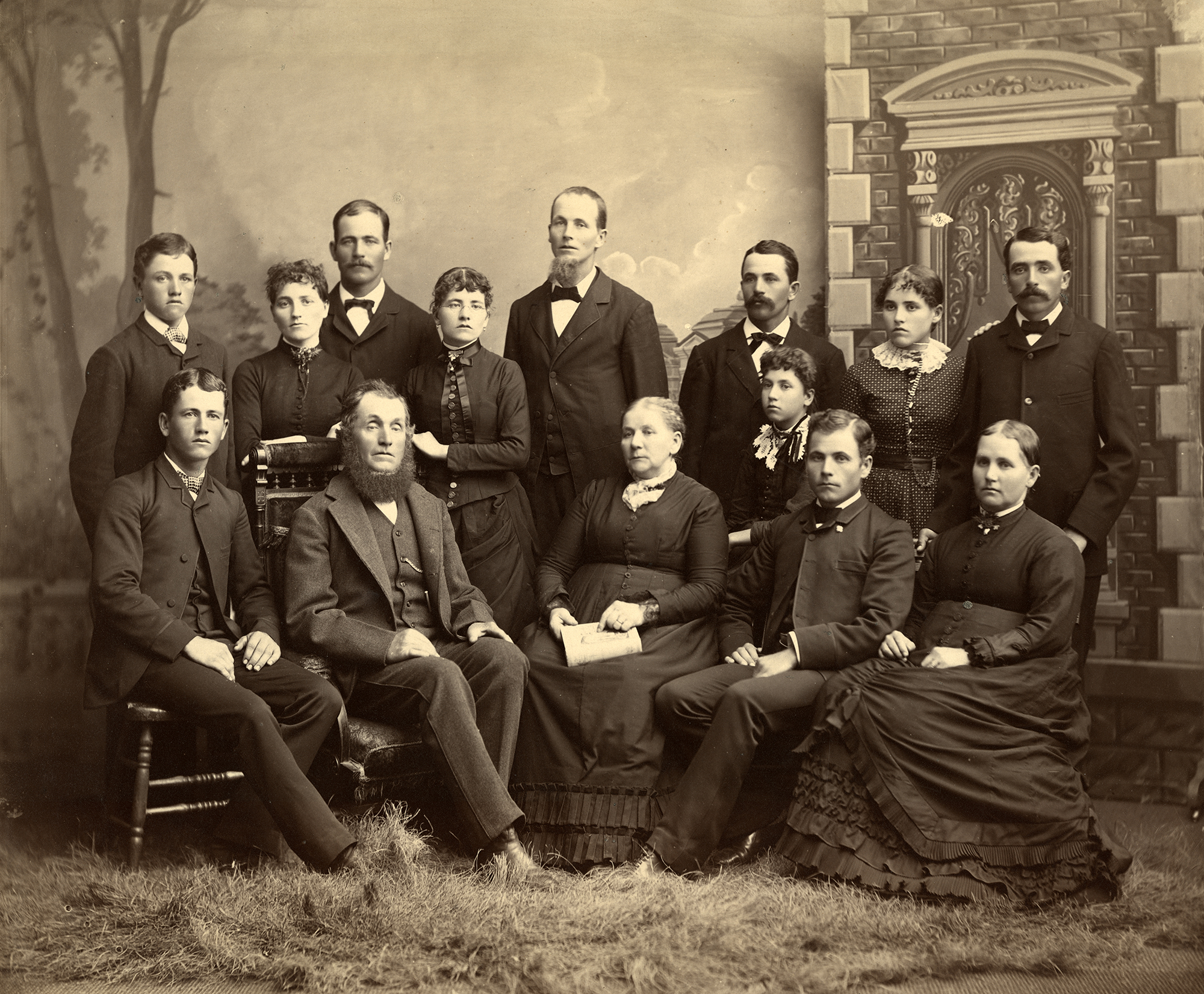 In 1856, Joseph and Jane Graham moved their young family from New York to Minnesota Territory, looking for suitable farmland on which to raise crops and livestock.  They settled just northwest of what is now Rochester, MN, on a farm they called “Grahamholm.”

In addition to raising 13 children, Jane Graham had a talent for nursing and often provided care to those who needed her.  Her special skill was midwifery.  Over the years she delivered 243 babies without a physician’s help and without losing any mothers or infants.

In this family environment, where compassion and care for the sick were routinely demonstrated, several Graham children were inspired to pursue careers in medicine, eventually making their mark in Rochester and beyond.

This exhibit highlights three of those children:  Dinah, Christopher and Edith. 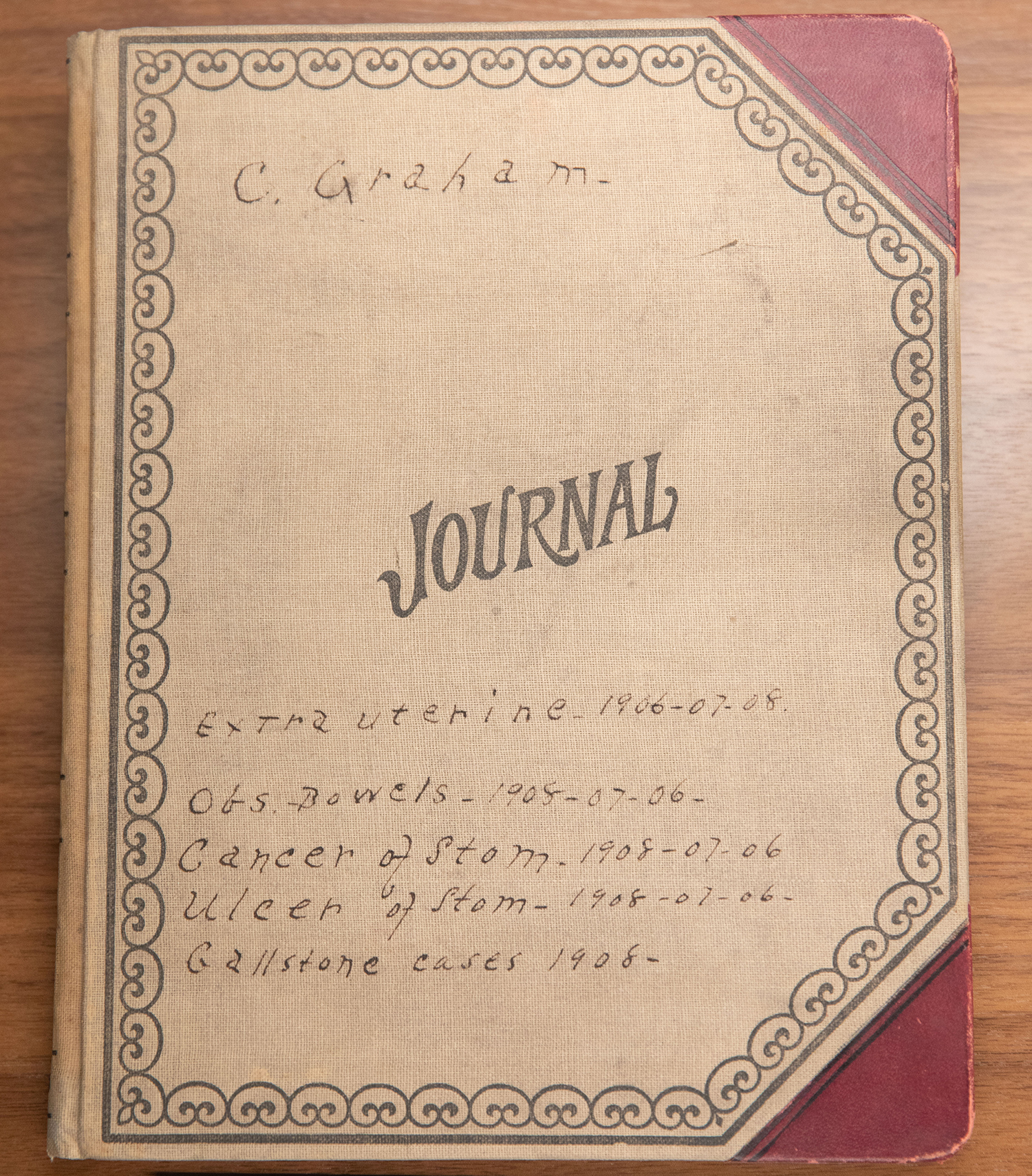 Dr. Christopher Graham used this journal to index patients with stomach cancer and conditions of the gallbladder and uterus, 1906 - 1908.

Christopher Graham was born in New York State, the sixth child of the Graham family, and the fifth boy.  He was just an infant when the family journeyed by horse-drawn wagon to Minnesota Territory.  On Grahamholm, the family farm, young Kit shared the responsibility of farm work and caring for the animals.  He attended a number of local schools, eventually teaching several terms before enrolling in the University of Minnesota in 1882.  He graduated five years later at the age of 26. In 1889 he studied veterinary medicine at the University of Pennsylvania, graduating in 1892.  After working as a veterinarian at the University of Minnesota for a year, he returned to the University of Pennsylvania and obtained his Doctor of Medicine degree in 1894.  Returning to Rochester to practice medicine, Dr. Graham was the first intern at Saint Marys Hospital. 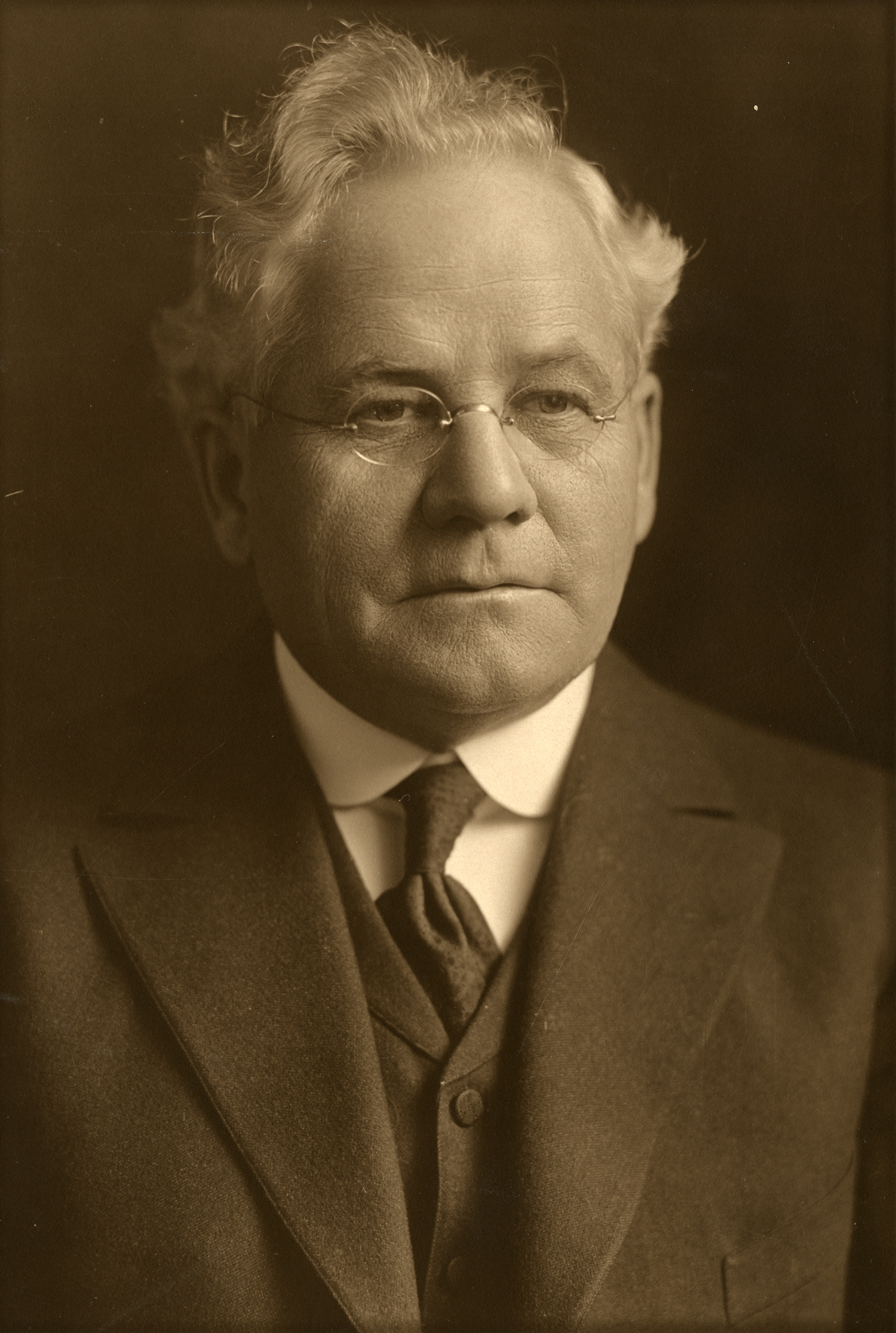 Dr. Christopher (Kit) Graham was the first intern at Saint Marys Hospital.  In time he became the second partner in the Mayo medical practice and was highly regarded as an internist and diagnostician. (Photograph c.1915)

Early in his career he specialized in obstetrics; later he concentrated on diseases of the digestive tract.  In 1904 Dr. Graham became an associate in medicine; in 1914 he was named head of Mayo Clinic’s Division of Medicine. 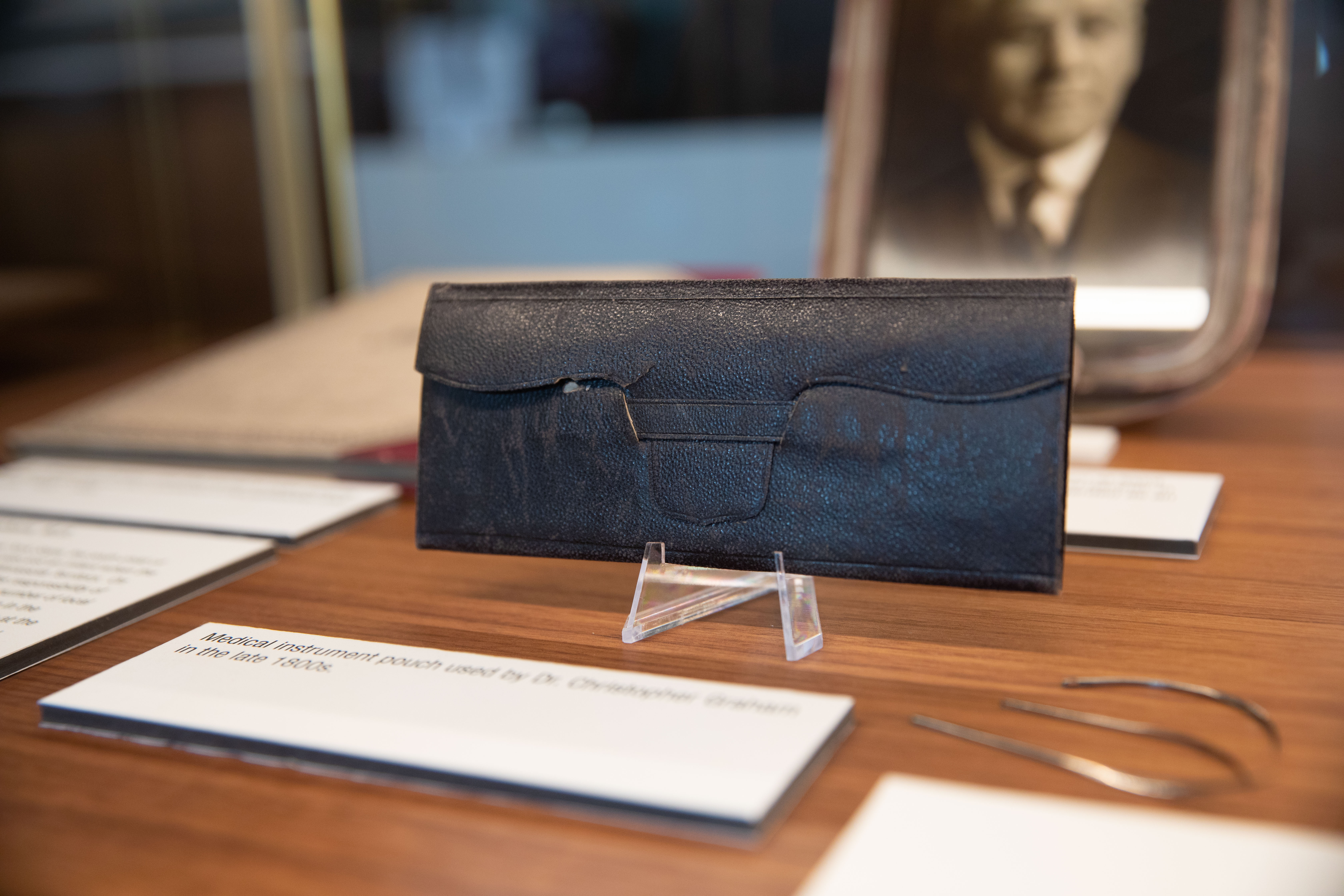 Dr. Graham was highly regarded as “the ideal physician...completely devoted to the welfare of his patients.”  Dr. William J. Mayo “considered him as the equal of any diagnostician he had ever known.” 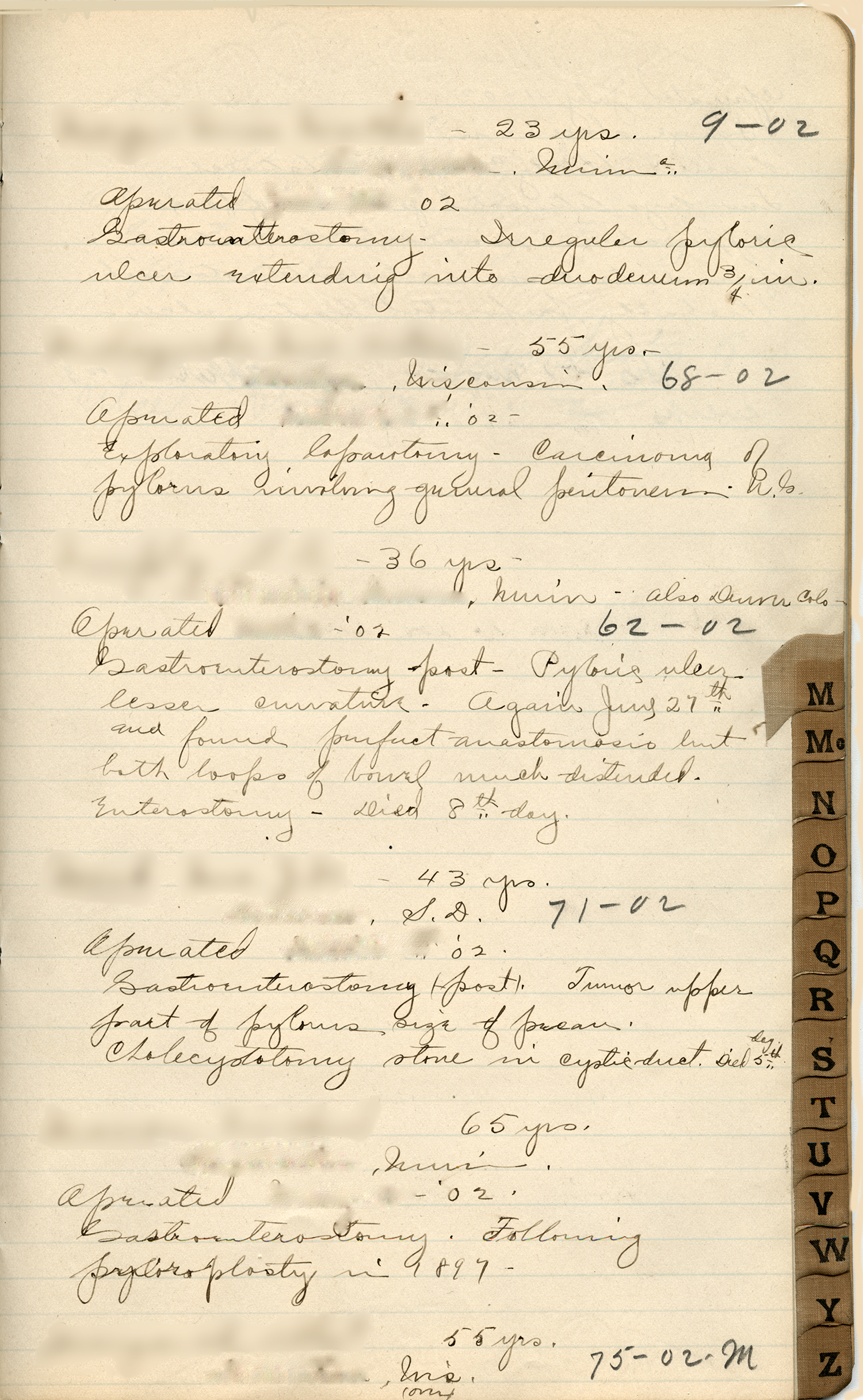 An example of Dr. Christopher Graham’s documentation of patient records from 1902.

Dinah Graham was the second daughter born to the Graham family, the eighth of 13 children.  When she was 27 years old, she applied to the nursing program at Woman’s Hospital in Chicago along with her younger sister, Edith.  Woman’s Hospital was the nearest place where professional nurses’ training was offered.  During her course of study, Dinah fell ill with pneumonia and had to drop out of the program.  Upon recovery, she resumed her studies and graduated in 1890.

In the spring of 1890, Dinah joined the Mayo medical practice as the nurse for Dr. William J. Mayo, anesthetist at Saint Marys Hospital and bookkeeper in the Mayo office.  Dinah worked in those roles for one year before marrying Mark Olin in October 1891.  Together they raised a family of three children. 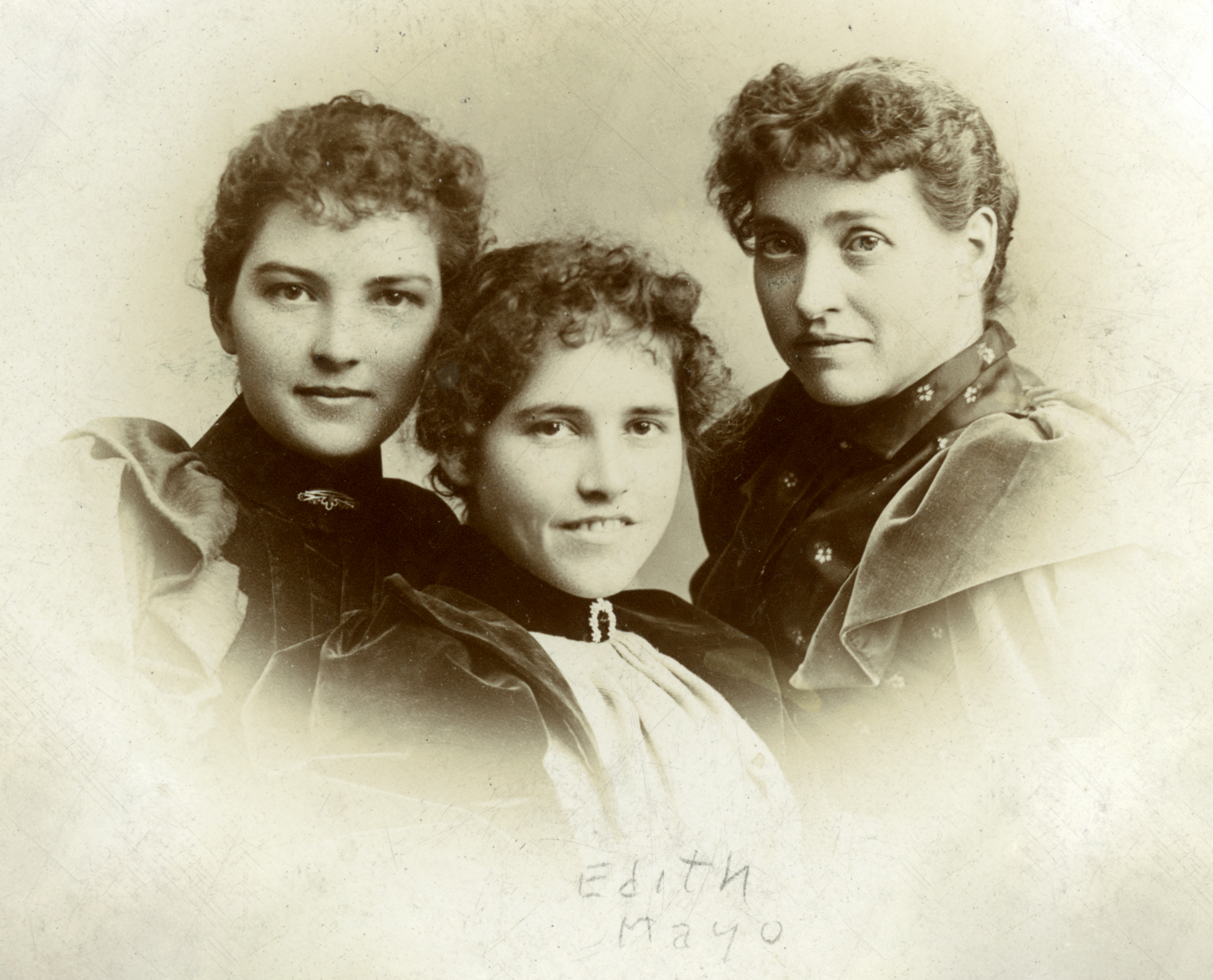 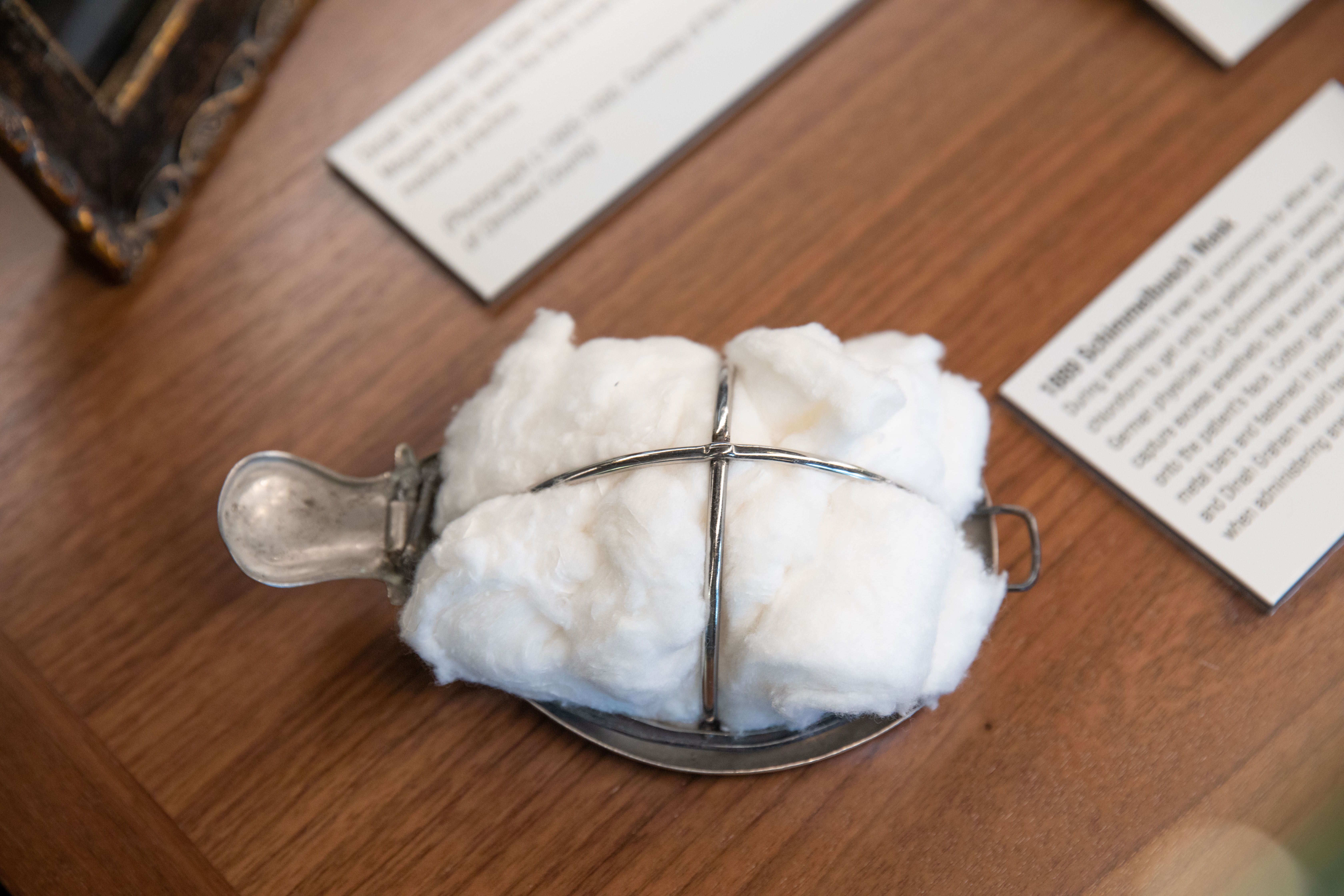 1889 Schimmelbusch Mask
During anesthesia it was not uncommon for ether and chloroform to get onto the patient’s skin, causing irritation. German physician Curt Schimmelbusch designed this mask to capture excess anesthetic that would otherwise have trickled onto the patient’s face. Cotton gauze was stretched over the metal bars and fastened in place by the hinge. Edith Graham and Dinah Graham would have used masks similar to this when administering anesthesia to surgical patients. 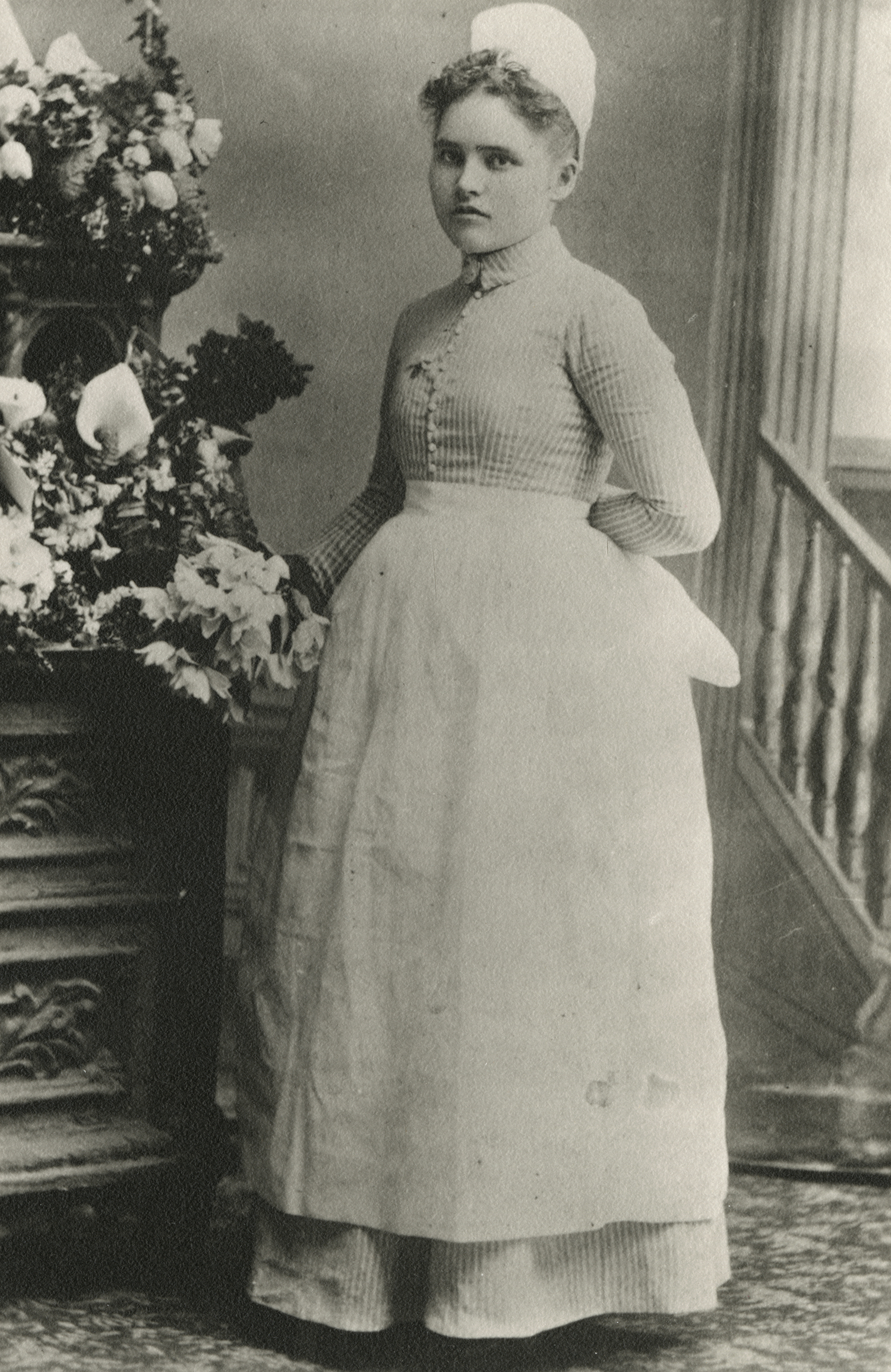 Edith Graham was the first professionally educated nurse in the Mayo medical practice and a pioneering nurse anesthetist.
(Photograph 1889)

Edith Maria Graham was the tenth of 13 Graham children.  She received a strong education at the local township school, then taught in Olmsted County.  By the age of 20, she and her sister, Dinah, had decided to study nursing and applied to Woman’s Hospital in Chicago. 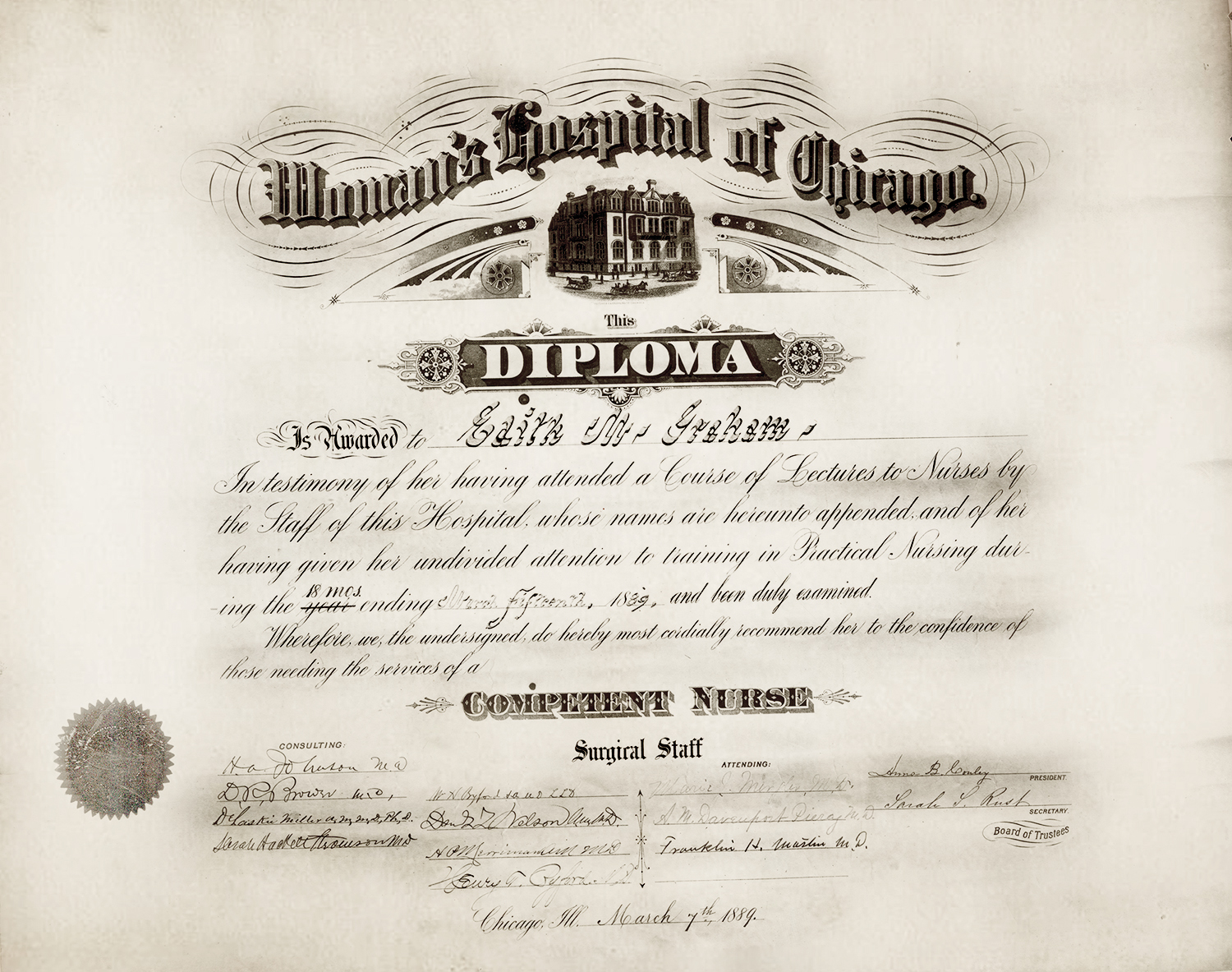 Edith Graham obtained her nursing diploma from Woman’s Hospital of Chicago in 1889.

Upon graduation in April 1889, Edith was assigned to work for a Chicago physician.  She reported to work but was immediately fired when the physician declared she was “too young and too beautiful.”  Returning to Rochester, Edith accepted a job as nurse to Dr. William Worrall Mayo.  Seeing her intelligence, skill and care with patients, Dr. Mayo trained Edith to be his anesthetist.  She soon excelled in the work, and just in time as Saint Marys Hospital opened on September 30, 1889, providing state of the art facilities for the growing surgical practice of the Doctors Mayo.  For several weeks after the hospital opened, Edith was responsible for teaching nursing skills to the Sisters of St. Francis, who staffed the hospital.  She then returned to her role as the hospital anesthetist, Dr. W.W. Mayo’s nurse and secretary.

Following her marriage to Dr. Charles H. Mayo in 1893, Edith resigned from her nursing position.  She maintained a lifelong interest in nursing, medicine and the work of Mayo Clinic. 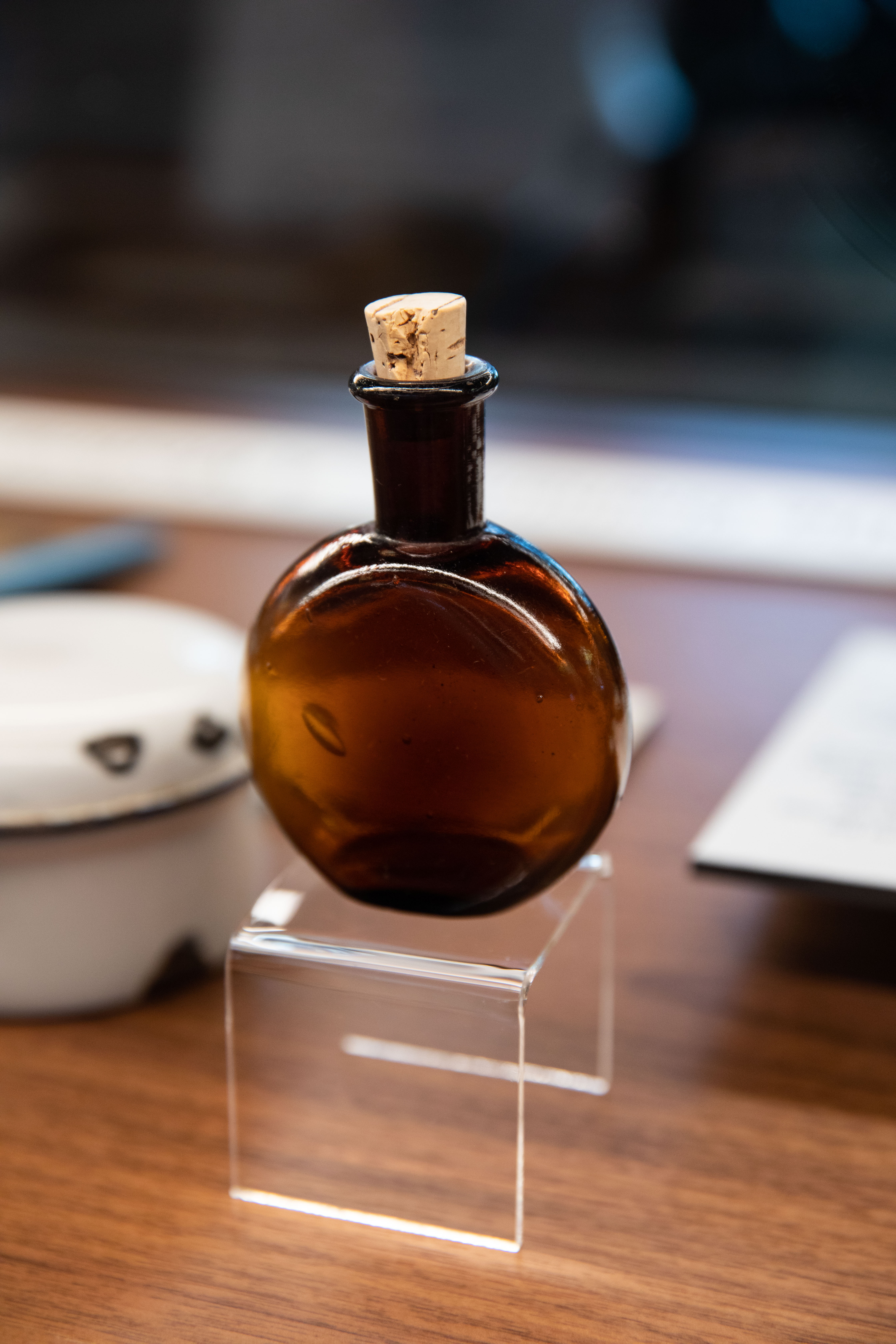 Edith Graham Mayo's Ether Drop Bottle
Edith Graham used this ether bottle during her time as a nurse anesthetist. Cotton was used to absorb the drops of ether as they were administered over the patient's mouth and nose.
Bottle loaned from Saint Marys archive. 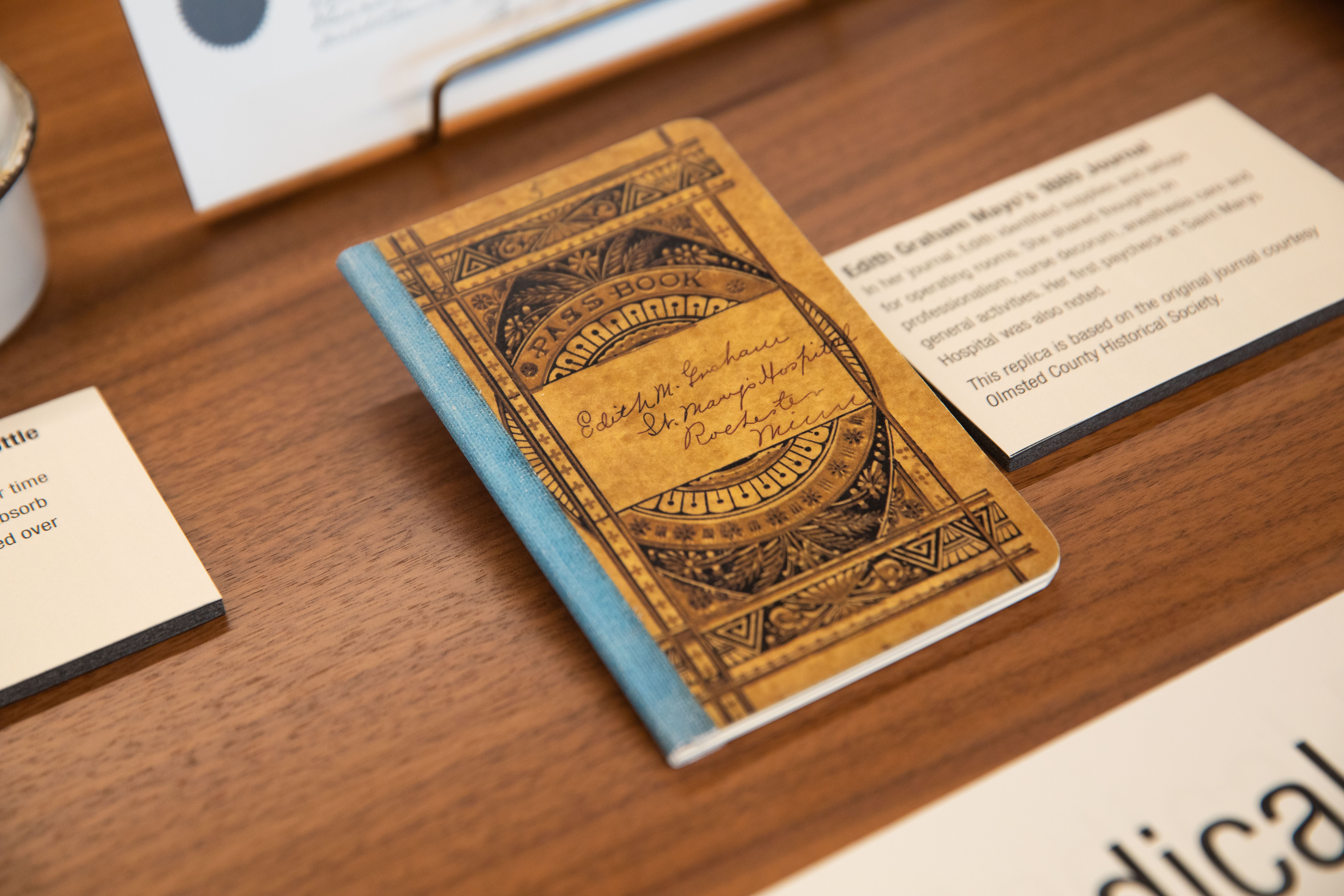 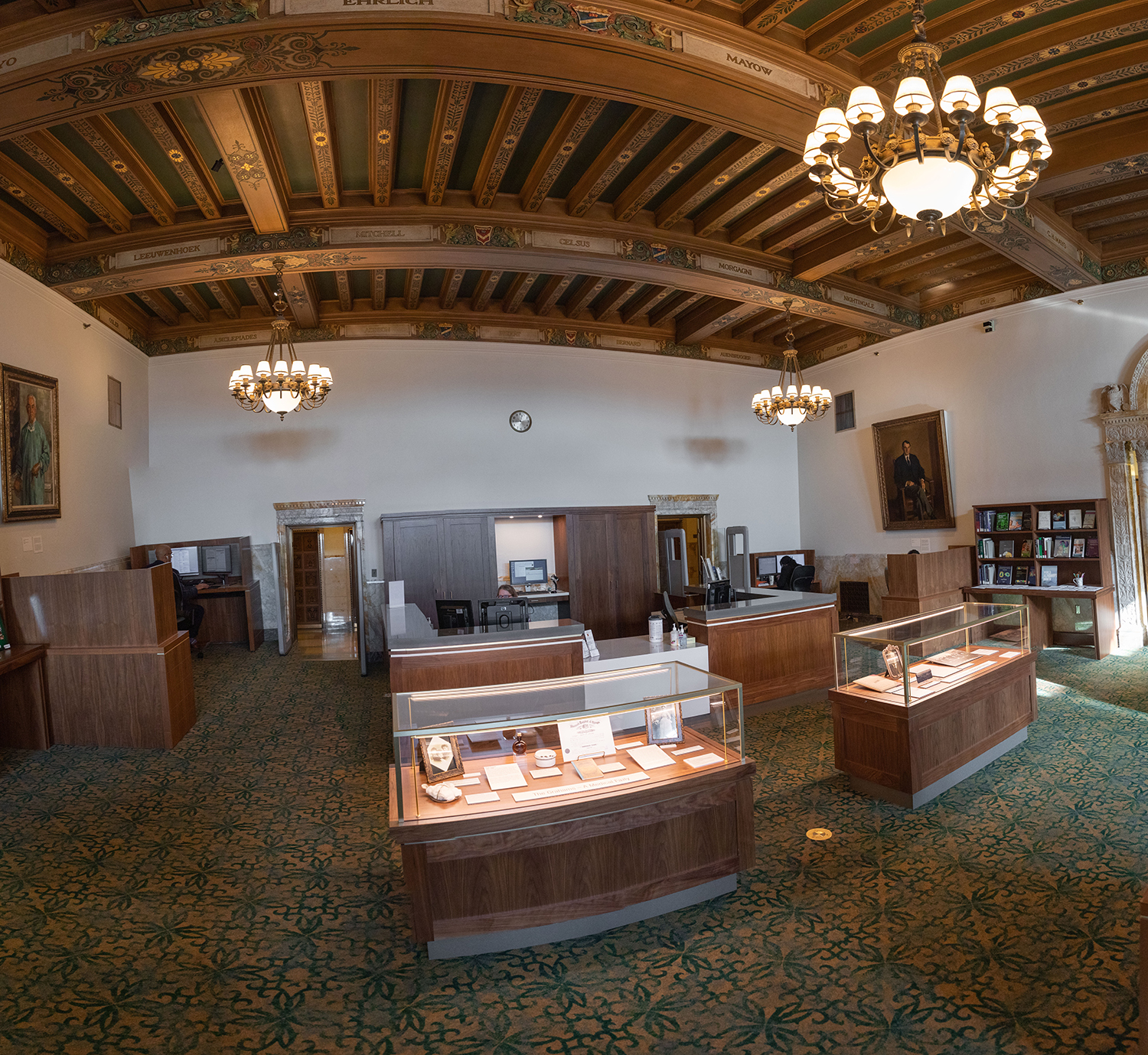